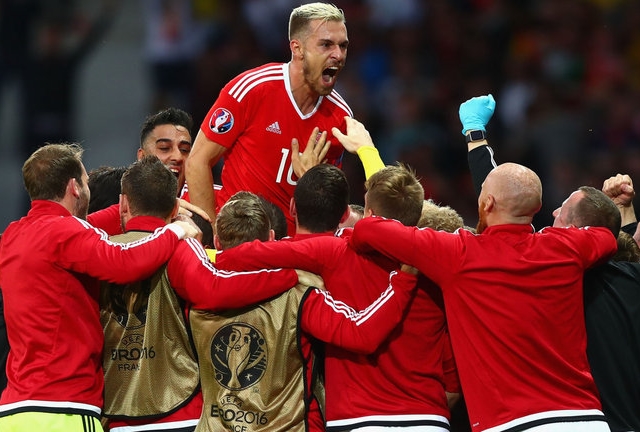 However, before you go crowning your Man of the Match, just have a butcher’s at the great lengths that the Wales team photographer went to in order to nail his shot amid the triumphant victory huddle.

Now that’s commitment to the cause! Top work.

It was also a nice coincidence that the Welsh huddle momentarily took the shape of a heart, leading to this brilliant bird’s-eye shot… 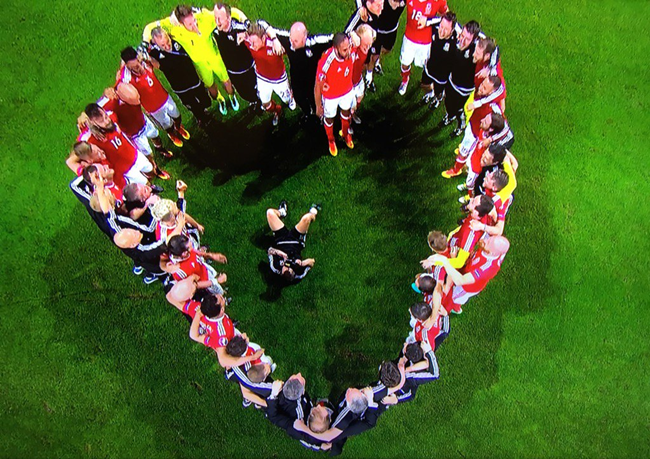 Just be careful boys. We don’t want to widdle on your parade but you’re straying dangerously close to copyright infringement there. 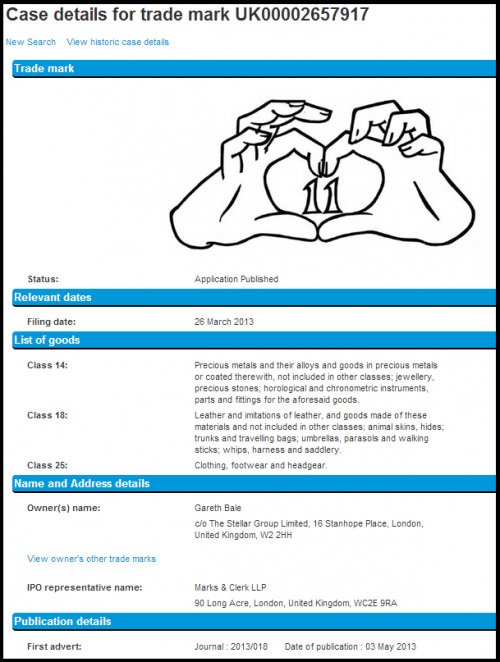