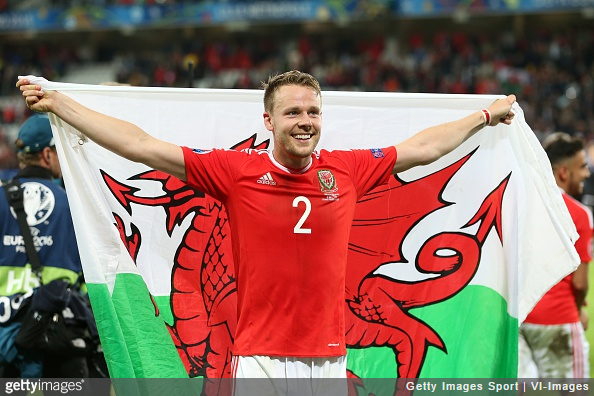 Wales’ sensational performance at Euro 2016 hasn’t all been lollipops and candy pebbles, with the extended nature of their run to the semi-finals causing untold uproar for many concerned.

Firstly, we saw left-back Neil Taylor having to miss out on a Beyoncé concert in Cardiff that happened to fall on the night of Wales’ quarter-final against Belgium.

Then came the shocking news that BBC Sport pundit Dean Saunders is burning through £100 a day after leaving his car in the short-stay carpark at Birmingham airport on the assumption he’d be back home within the fortnight.

Just to add to the chaos, it also emerged that Chris Gunter was also facing similar issues, though of a decidedly more familial nature.

Indeed, Gunter revealed that he was supposed to be flying out to Mexico this week to fulfil his best man duties at his brother Marc’s wedding.

Unfortunately, the wedding is taking place on 7th July (this Thursday), the day after Wales’ last-four clash with Portugal in Lyon.

However, Gunter has managed to just about wriggle out of his little dilemma by agreeing to make his best man’s speech via Skype.

Not that his parents will see it, mind you – they’ve both chosen to ditch their son’s nuptials in favour of going to the Portugal match instead.

“Mum is a bit upset at having to choose. It has caused chaos,” Chris told The Mirror.

“You couldn’t begin to imagine the trouble it’s caused. I’m not sure what Marc will do if we make the final. He might be divorced by then.”