We’ll have more reaction as and when, but for now simply know this: PORTUGAL HAVE WON EURO 2016 – their first major international honour.

A single goal from substitute Eder was enough to settle what proved to be a largely flat final, with hosts France left to rue what might have been after Portugal (who lost Cristiano Ronaldo to an early knee injury) pipped it in extra time with what felt like their first shot on target… 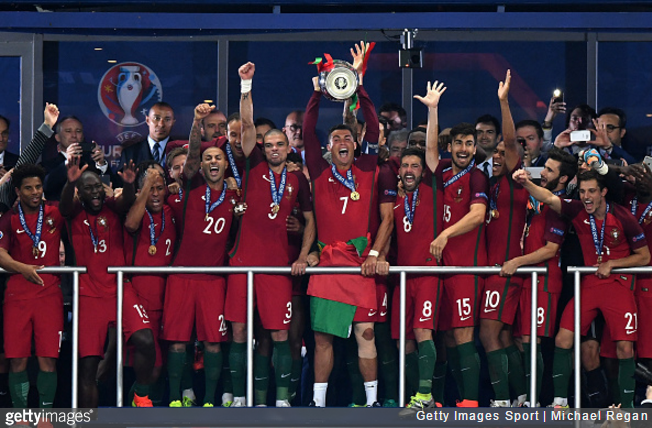 Special mention for Jose Fonte, who must surely be the only player ever to have won a European Championship and the Johnstone’s Paint Trophy.