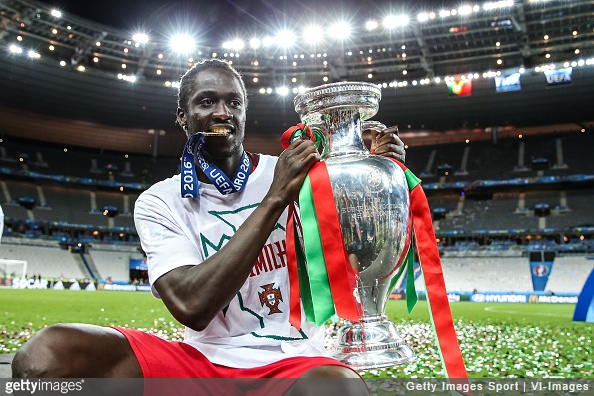 Having gone from being shambolically rubbish for Swansea to winning the European Championship for Portugal in the space of six months, Eder has decided that the time is right for him to write his autobiography.

The news was revealed by Dr Susana Torres, the sport psychologist who has been working with Eder to help the striker overcome his doubts.

Talking to a Portuguese radio station, Dr Torres claimed that the book may be ready “as early as next month”, before adding:

[Eder’s story] will all be published in a book, a history of the life that led to his success.

He is the living proof that mental coaching and high performance work can change the career of a football player.

I know Eder and I know the work we do. His intention was to go and score (in the final) and I knew this was going to happen because it is an extremely focused young man.

To be fair, the man Portugal coach Fernando Santos dubbed his “ugly duckling” really does have a bit of back story.

Eder was born in Guinea-Bissau in 1987 before moving to Portugal with his parents as a toddler. However, his parents were unable to look after him properly and he was taken into a care home in Coimbra at the age of eight.

It was there that his love of football began to formulate and soon he was trading goals for pork chops with the local butcher, Manuel Seco, who recently relayed the anecdote to Antena 1.

Seco couldn’t help but notice that Eder was “humble and skinny” and so duly made him a promise: for every goal he scored for the ADC Ademia youth side, he’d received one pork chop.

36 goals and three dozen pork chops later, Seco asked Eder if he’d scoffed them all by himself, to which the youngster replied: “No, I share them with my teammates who help me score all the goals.”

Sounds like a thoroughly decent young man though, that said, we definitely have our suspicions about any book that takes three weeks to write.