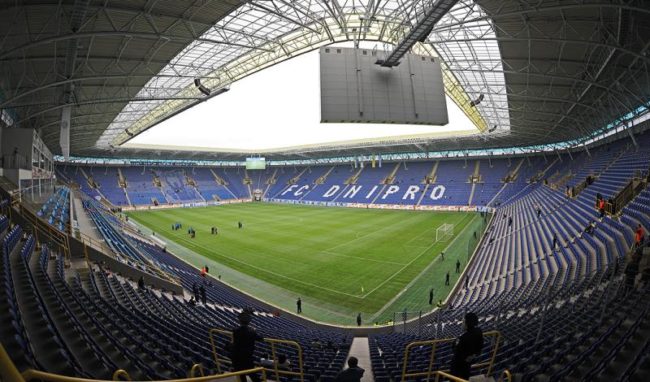 If reports are to be believed then FC Dnipro Dnipropetrovsk are on the verge of a spectacular collapse a little over one year on from the club appearing in their first ever European final.

Despite losing out 3-2 to Sevilla in the 2015 Europa League final, everything seemed to be on the up and up at Dnipro. That was until today, with Ukrainian news agency Interfax reporting that the club are close to be dissolved over unpaid debts.

According to Dnipro’s unofficial website (who it should be noted are citing their own sources), owner Ihor Kolomoisky is refusing to pay off any of the club’s creditors and has instead decided to disband them entirely.

Our Dnipro football team is finished. No one will pay anything. The team no longer exists.

However, Dnipro Arena stadium will not be empty: the possibility of bringing in another team, either FC Volyn [Lutsk], or FC Naftovyk (Okhtyrka, Sumy region) or organizing another club with ties to the Privat network of companies [co-owned by Kolomoisky] is being considered.

Interfax also mention that Dnipro representatives are currently in the process of sounding out well-known politicians and businessmen in the city to act as investors should the club go under, thus allowing them to restart anew in the second tier.

For the record, Dnipro finished third in the 2015/16 Premier League standings but still found themselves excluded from participating in UEFA club competitions for the next three seasons after breaching Financial Fair Play rules.

All in all, they’ve got themselves in a bit of mess.

Best buy up your limited edition Dnipro bucket and spade sets while you still can.