Hot on the heels of the Champions League quarter-final draw, UEFA have also coughed up the four ties that will constitute the last-eight bracket of the Europa League.

After pasting AC Milan in the round of 16, Arsenal have landed a perfectly winnable double-header against CSKA Moscow, even if it does entail an English club making a trip to Russia during a time of tense international diplomatic relations between the two nations.

It probably doesn’t help that the last time the two clubs met in 2007, traces of polonium (the poison used to kill ex-Russian spy Alexander Litvenenko that very same day) were later found at the Emirates… 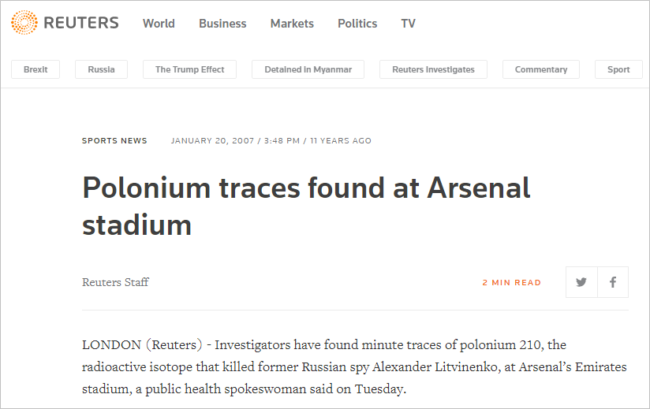 The proud people of Red Bull will no doubt be celebrating both of their sides making it this far, while tournament favourites Atletico Madrid face an trans-Iberian derby against Sporting Clube de Portugal.

The first legs will all take place on 5th April, while the second legs will follow on 12th April.