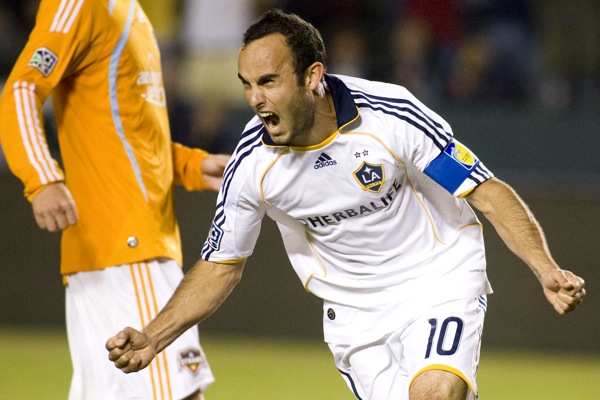 HIT: Donovan has been in terrific form in MLS

LANDON DONOVAN has yet to convince the majority of fans outside of the States that he is a top-class player. Sure, he’s been brilliant for LA Galaxy of late (this MLS season especially), and he’s the US national team’s leading scorer of all time, an impressive feat given that he’s not an out-and-out centre-forward.

However, Landycakes made little impact in his spells at Bayer Leverkusen and then Bayern Munich. In his defence, he was just a kid when he went to Bayer, and the recent stint at Bayern never seemed like a good idea. Landycakes won’t be going back to Germany for a third time. He’s done with the Bundesliga, no doubt. 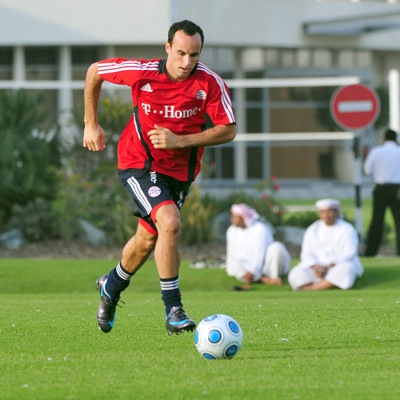 MISS: Donovan’s club career in Europe has been a failure

Everton seems like a much better fit for Donovan to make his mark in top-flight European football, though if only because of the common language and the potential mentorship of compatriot Tim Howard, who is battle-hardened in England.

The mooted loan spell at Goodison makes sense for Everton, whose squad is down to the bare bones.

For Donovan, it’s a much riskier career move, but one that I don’t think he can afford to resist if the critics are to be silenced. In terms of next summer’s World Cup, Donovan has nothing to prove and everything to lose – one horror tackle (more likely in the Prem than in MLS) and he could miss out on South Africa. Surely it’s better if he recharges his batteries over the winter? Some coaches would disagree, saying that a player must do what he can to remain match-fit, but I wonder what Bob Bradley, the USA’s head coach, makes of the Everton possibility.

Ultimately, a player can’t worry too much about the future. Thinking about the World Cup whilst you are trying to compete in the Premier League is a recipe for failure. Nothing less than 100 per cent commitment is acceptable. David Moyes will make that very clear to Donovan, if he gets the chance.

Donovan has the experience and quality to thrive in the Premier League, and I’m sure he’s desperate to prove that he’s not as travel sick as some fans suspect.

If Donovan does go to Everton, how do you think he would fare? Vote below/leave comment.