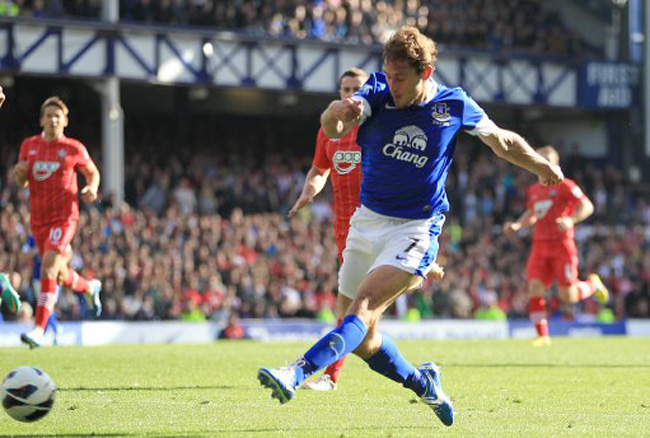 Everton’s great run of form continued at Goodison on Saturday, with a Nikica Jelavic brace helping the home side to a 3-1 win against strugglers Southampton.

The visitors had opened the scoring on six minutes, courtesy of a Gaston Ramirez header. However, a goal from the perennially under-rated Leon Osman and then a brace from the superb Jelavic gave the Toffees a 3-1 lead before the break.

There no more goals in the second-half, as Everton controlled the game. And while striker Jelavic once again showed what a superb signing he has been for David Moyes, Belgian attacker Kevin Mirallas once again impressed and is starting to look like a fantastic summer addition to the squad.

One wonders whether Moyes will eventually be seduced by a club with less financial restraints in the coming years. While Southampton’s Nigel Adkins already has a fight on his hands to move clear of the drop-zone.