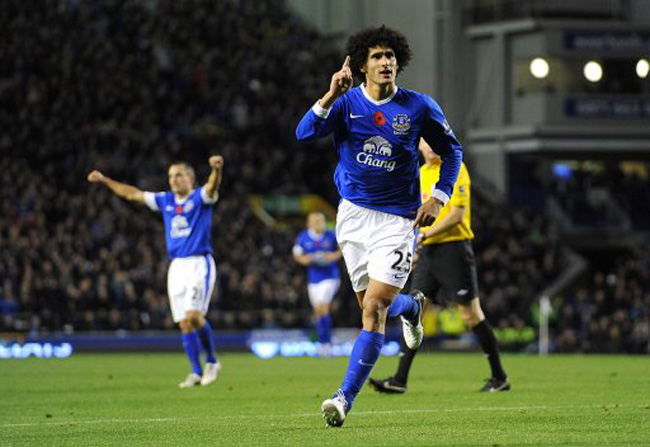 The afro-tastic Marouane Fellaini was once again the star man for Everton, after the Belgian midfielder inspired the Toffees to a comeback win against Sunderland.

The Black Cats had taken the lead on half-time, courtesy of ex-Citizen Adam Johnson with his first goal for his new side.  And Martin O’Neill’s men could have gone further ahead, only to miss a number of decent chances.

However, after the break the home side pushed for a goal and it eventually came when Fellaini fired home from a pass by sub Steven Naismith. Then, just three minutes later, Everton were ahead after a magnificent flick from Fellaini set up Nikica Jelavic, who curled home the winner.