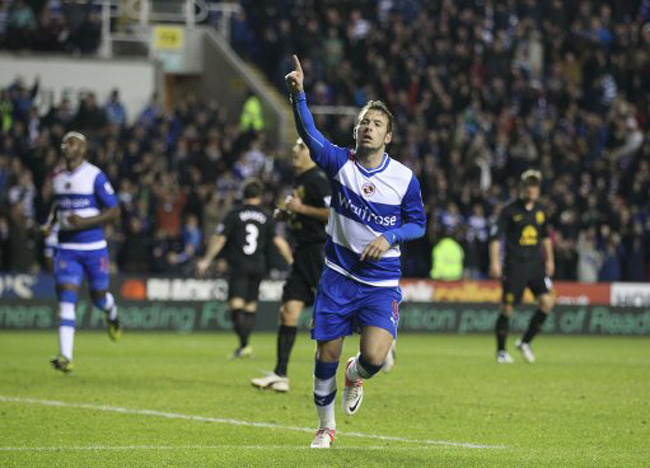 Reading came from behind at the Madjeski on Saturday to secure their first league win of the season against high-flying Everton.

The visitors totally dominated the first-half and should have been out of sight by half-time. Instead, they only had Steven Naismith’s 10th minute goal to show for their dominance.

However, after the break, the home side rallied, with Adam Le Fondre levelling the scores on 51 minutes when he headed home a Nicky Shorey free-kick. Then, with just 11 minutes to go, Le Fondre was fouled in the Everton box by Seamus Coleman. The former Rotherham United striker dusted himself down before firing past Tim Howard to send the home fans wild.

The result sees Brian McDermott’s men move out of the drop-zone (on goal difference) while the Toffees go fifth.