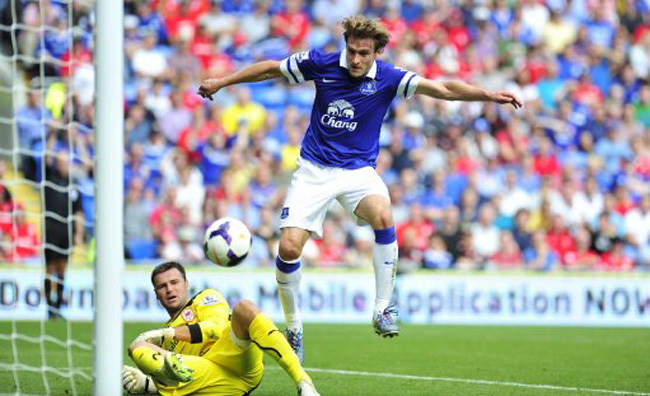 Despite dominating proceedings in Cardiff, Everton once again failed to register their first win of the new campaign in this often heated clash.

Kevin Mirallas went close while misfiring Nikica Jelavic have a number of chances to put the Toffees ahead although Roberto Martinez was left cursing his luck when what looked like an obvious penalty, when Gary Medel felled Leighton Baines in the box, was waved away by referee Anthony Taylor. Baines was also involved in another contentious moment, when he appeared to be hit in the face by Craig Bellamy arm only for no action to be taken once again by the officials.

The Bluebirds carried little in the way of a real attacking threat on Saturday but will surely be satisfied to come out of the game with a point.