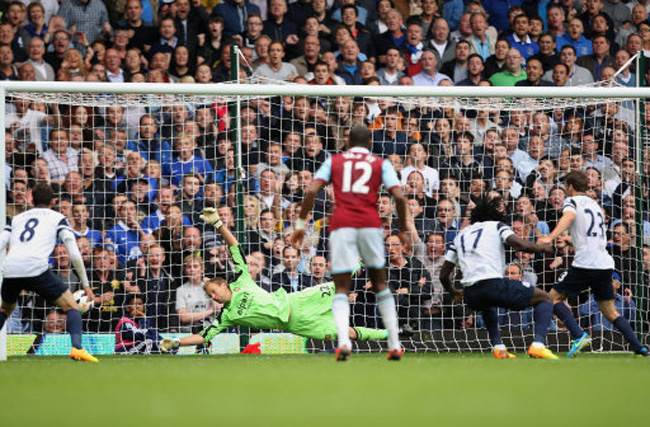 A couple of superb second-half free-kick from indie-haired imp Leighton Baines helped Everton to a dramatic 3-2 win away at the Boleyn Ground.

Rave Morrison had put the home side a goal up on the half-hour mark, bu the half-time introduction of Romelu Lukaku and James McCarthy kickstarted the Toffees, who found themselves on level terms on 62 minutes, courtesy of a fine Baines free-kick.

David Noble restored the Hammers’ lead from the penalty spot before the midfielder saw red, courtesy of a second yellow after a foul on Ross Barkley. With a man extra, the visitors then netted two late goals to seal a superb comeback, with Baines netting another free-kick before sub Lukaku headed home. The big Belgian needed treatment after the goal due to a clash of heads as he scored, but ultimately Roberto Martinez and co. would take all three points which now leaves them as the only unbeaten side in the top division.