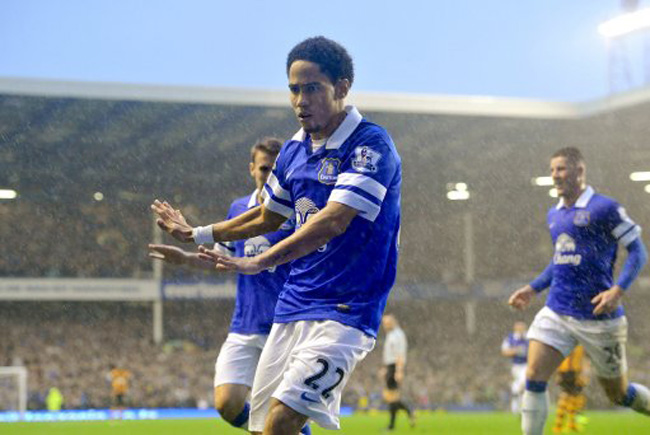 Steven Pienaar was the goal hero for Everton on Saturday afternoon, netting the winner against Hull just 10 seconds after coming off the bench in the second-half.

Kevin Mirallas set up that goal for Pienaar and it was the Belgian who had opened the scoring in the first-period, who fired past Allan McGregor on eight minutes. Hull boss Steve Bruce was irate that that goal was allowed to stand, as the ball had all but brushed off an offside Gareth Barry on its way in.

Barry was also the cause of Bruce’s ire later on, when the Man City loanee launched a challenge on Sone Aluko which Bruce felt warranted a red, rather than a booking.

The Tigers had gone in level at the break, thanks to Yannick Sagbo who cancelled out Mirallas’ opener on the half-hour mark. But ultimately, despite producing yet another decent display, Hull would leave Goodison Park without a point.