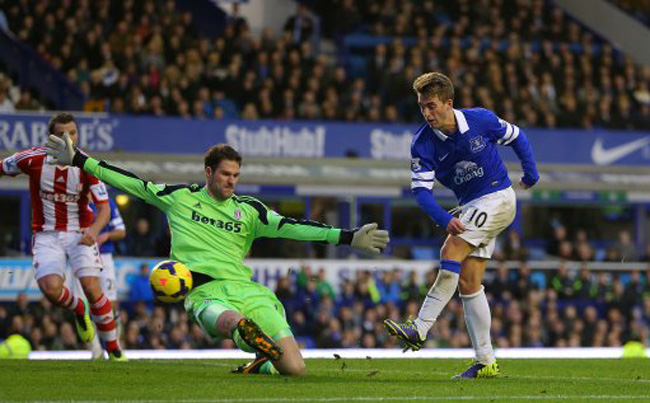 Barcelona loanee Gerard Deulofeu produced a superb individual display at Goodison Park on Saturday as the home side battered a limp Stoke side.

The youngster opened the scoring just before half-time before setting up Seamus Coleman to make it 2-0 after the break. Everton’s other full-back, Bryan Oviedo, then made it three before Romelu Lukaku bagged a late goal to secure a superb win for Roberto Martinez’s side.

As for Stoke, they rarely threatened Tim Howard’s goal and worryingly for Mark Hughes, the Potters now find themselves just three points above the relegation zone. Everton, on the other hand go fourth.