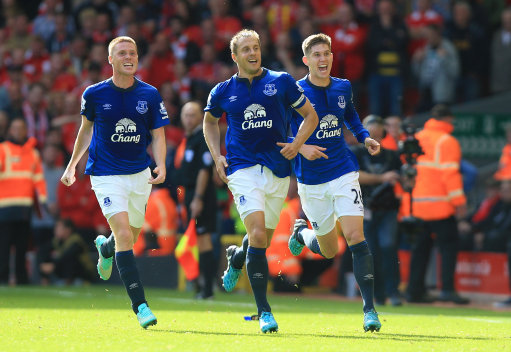 Stuck for something to do, the Daily Mail have been keeping themselves busy by clocking and logging the fastest sprints acheived by Premier League players this season.

Using EA Sports tracking data to compile sprinting speeds, the Mail cobbled together a Top 10 and squeezed it out earlier today.

Their results were…surprising, with Phil “Afterburners” Jagielka coming out on top… 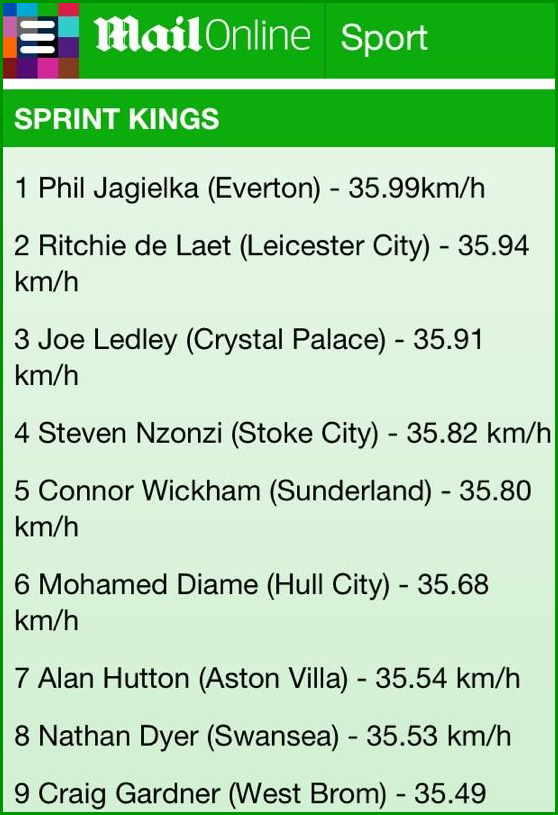 As the Mail put it:

They track every player for every second they are on the pitch, and their research shows that no-one has run faster than Jagielka this season.

The Everton defender hit a top speed of 35.99kmh against Leicester on the opening day of the season in August.

Indeed, no-one was more shocked than Jags himself…

This did make me smile! “@MailSport: The fastest player in the Premier Leaguehttp://dailym.ai/1zdqwcf pic.twitter.com/9LYUaEeXuu”

Of course, there’s no mention of the distance Jagielka coveredat 35.99kmh but why let little prescient details like that spoil his moment?