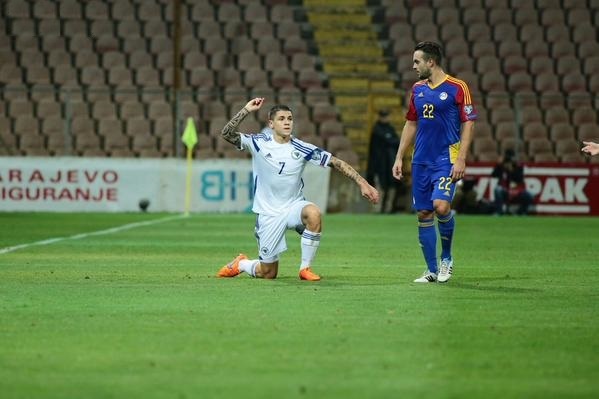 Bosnia and Herzegovina spanked Group B whipping boys Andorra on Sunday to haul themselves to within two points of the play-off spot.

Goals from Ermin Bicakcic, Edin Dzeko and Senad Lulic saw B&H cruise to a 3-0 victory, leaving poor old Andorra’s goal difference tally at an impressive -27 (three goals for, 30 against) as amassed in the space of just eight games.

However, both teams ended the game one man light after an unsightly spat just after the hour mark that saw Everton scrapper Muhamed Besic sent-off for throwing his chewing gum at Andorran winger Victor Rodriguez.