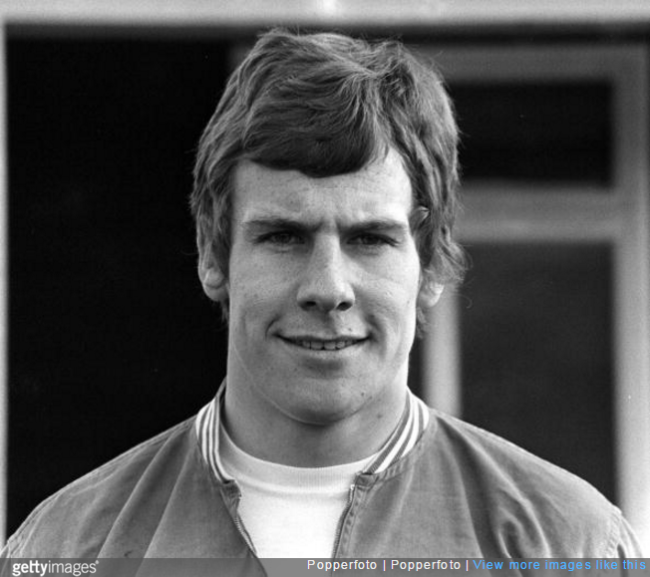 Stunning sight to behold: The Joe Royle of 1970

In the second round, second leg European Cup tie between Everton and Borussia Monchengladbach at Goodison Park, this new-fangled method was finally put to use for the very first time.

The first and second legs had both been drawn 1-1, so it was time for pens. The Toffees’ Joe Royle stepped up to become the first player to take a European Cup shootout kick – and promptly missed! 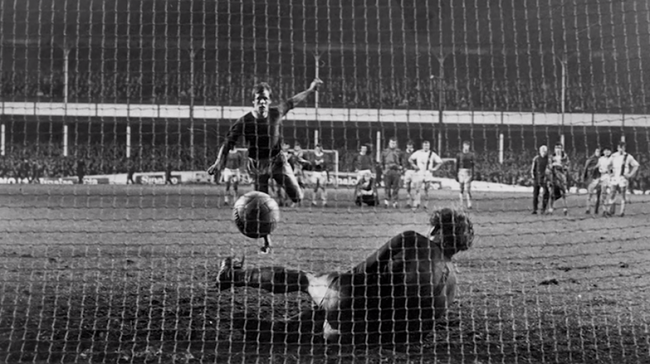 The Germans scored their first penalty, but missed the second. For Everton, Alan Ball, Johnny Morissey, Howard Kendall and Sandy Brown all put their spot kicks away, which meant that when Ludwig Müller missed his kick, the Blues muscled through – thus sparing Royle’s blushes.

Everton went out in the next round to Panathiniakos on the away goals rule. And as for future English success against the Germans in penalty shootouts… well, that’s another story entirely!

Here’s some action from the tie…