Sam Allardyce’s Sunderland failed to build on last weekend’s 3-0 derby win against Newcastle, instead finding themselves on the wrong end of a 6-2 drubbing at Goodison Park, with Arouna Kone netting himself a hat-trick. 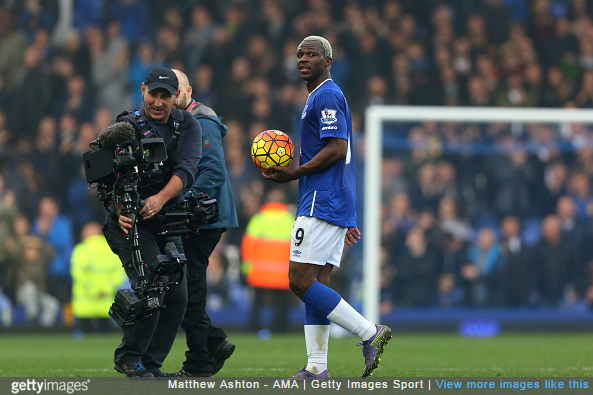 The Black Cats started with three centre-halves in an attempt to nullify Everton’s creative forward line. However, it was the visitors who threatened early on, with both Patrick Van Aanholt and Adam Johnson hitting the frame of the goal.

On 19 minutes, Sunderland’s backline was caught out, with Gerard Deulofeu scoring after a ball over the top from Arouna Kone.

Kone then made it 2-0 to the Toffees after neat interplay with Romelu Lukaku.

Allardyce then saw his midfield enforcer Lee Cattermole forced off with injury, to be replaced by Jack Rodwell.

On the stroke of half-time, Jermain Defoe got one back for the visitors, courtesy of a fine individual effort.

In the second-period, Steven Fletcher headed the Black Cats level as the game opened up.

However, the parity was short-lived, with an own-goal from ex-Liverpool man Sebastian Coates handing Everton the lead again.

After that, Sunderland’s defence, without Cattermole’s protection, crumbled with Lukaku getting on the scoresheet before Kone bagged another two to register a hat-trick.

The result sees Sunderland stay second from bottom, with much work to do for Allardyce and his backroom staff. As for Roberto Martinez and Everton, they go eighth.