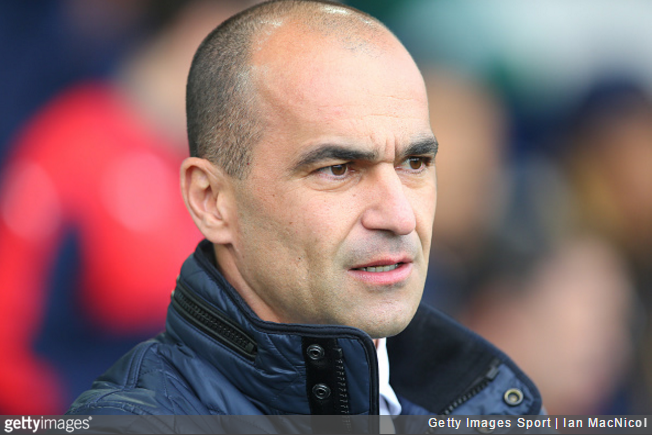 Everton manager Roberto Martinez has today confirmed that Leighton Baines felt the need to apologise for comments he made earlier in the week wherein he pointed out that the listless Toffees might be a little lacking in the team chemistry department.

Speaking to the Liverpool Echo, Baines admitted that Everton as a collective have been over-reliant on certain players this season and that the team’s morale is constantly in flux due to the inconsistency of their results. Fair enough, you might argue.

After all, they are 12th, a mere seven points off 17th and Romelu Lukaku is the only player to have scored for them in their last four games.

Well, that’s not how Martinez sees things, with the manager seeing fit to take Baines aside to discuss his comments further.

I think there are two aspects to [what Baines said]. First, it’s very disappointing when you see a bit of a misinterpretation of certain words that a player says. Clearly this has been taken out of context in the way it has come out.

The other aspect is someone with the experience of Leighton Baines, he knows and I have had a chat with him, he knows he has to take responsibility for those words.

Those words have been given the opportunity to maybe attract a meaning that is not right and is not correct.

For that he apologised and has taken responsibility for that, of leaving those words open.

That’s what we expect of a senior figure at Everton – we expect to take responsibility to make sure that we speak on the pitch and the way to do that is against Watford (on Sunday).

It’s hard to see who Baines was misinterpreted, even slightly. Seems like a fairly black and white, objective assessment of Everton’s predicament to us, but hey ho.

I wouldn’t say we are a team that relies on one or two individuals. We rely on the technical ability of the whole team. Of course we have 15, 16 individuals who have had impressive campaigns, probably the best campaigns in their young careers in some of the cases.

Those quotes have been taken out of context. That’s disappointing on one side but on the other side Leighton takes responsibility that he has put himself in a position where he has given the wrong words and allowed the wrong interpretation and for that he has apologised.

He is ready to move forward. As any senior player the place to talk is on the pitch. We have developed a strong mentality and I don’t think it’s a case where it’s going to be tested by comments from the outside.

We are always open and clear and the understanding is something that doesn’t need clarification. But it’s important for our fans, more than anything, they need to understand that certain words can be taken out of context.

But the same way that Leighton has apologised for leaving that open, the fans know we have an outstanding group of top ambassadors at this football club. We are not performing well to get the results at the moment and that’s something we want to change quickly.

For a man speaking in his second language, Martinez sure can waffle on with the best of them. Vaguely attempting to pit the Evertonian public against a 10-year veteran of the club is also fairly inadvisable, you’d have to imagine.

It’s something Pies have railed against several times before in recent years – this tedious new breed of ‘technical’, jargon-heavy coach who can talk their way around an insipid 0-1 home defeat and make it sound like a surgically-executed clinic in tactical discipline and nous.

Is it just us, or is it all starting to ring rather hollow, especially in Martinez’s case?