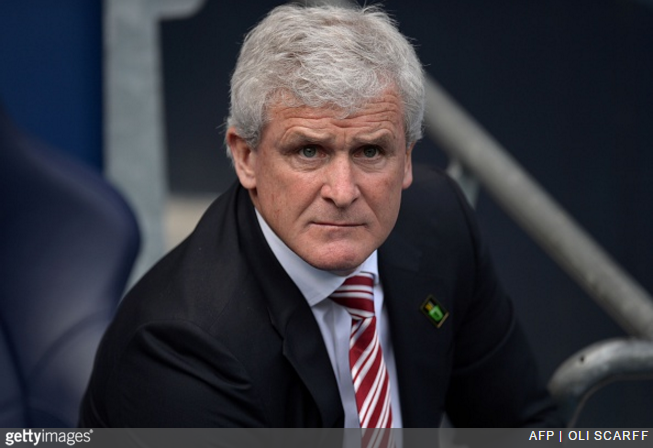 It would seem that the Everton board are tiring of Roberto Martinez’s ongoing project to turn the Toffees into Wigan 2.0 and as such, the Spaniard is verging on straying into ‘borrowed time’ territory at Goodison.

According to the press, Everton’s hierarchy are currently in the process of cobbling together a shortlist of replacements for Martinez, with the Mirror proclaiming this morning that Mark Hughes of Stoke is their tippy-top pick.

Indeed, John Cross reports that Hughes is being “seriously considered” after his name was suggested to Farhad Moshiri, Everton’s new major shareholder, though chairman Bill Kenwright will still have the final say in the matter.

Everton have also been looking at Bournemouth’s Eddie Howe, and Martinez’s predecessor David Moyes has even been linked with a return.

It should be noted that there are no sources directly cited. In fact, the entire thing just smacks of slow-week filler.

Why would Sparky ditch Stoke anyway? Last three games aside (12 goals conceded, 1 scored), the post-Pulis renaissance job he’s doing at the Britannia is finally beginning to bear tangible fruit. Who’d have though the likes of Bojan Krkic, Marko Arnautovic, Gianelli Imbula and Xherdan Shaqiri would ever pitch up in the Potteries?

Would the promised influx of oodles of new disposable cash be enough to tempt him to abandon ship and toddle off to Merseyside? Everton are a definite fixer-upper-with-potential project, but Hughes is already several steps ahead as he moves into his fourth year with Stoke.