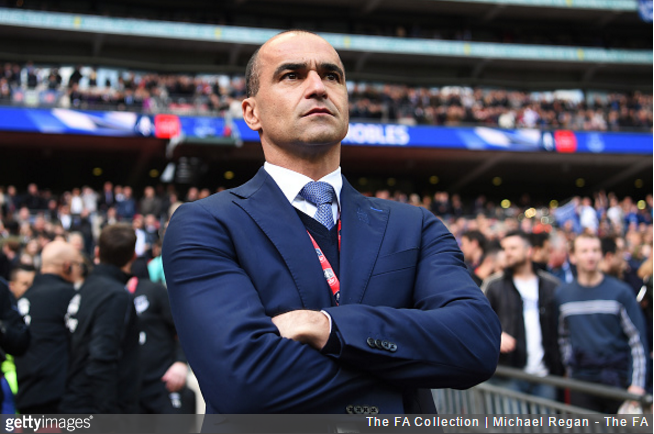 It’s felt like an inevitability for several weeks, but today Everton have finally pulled the plug on Roberto Martinez’s three-year stint in charge at Goodison.

The club are yet to formally announcement the news, but it’s already been confirmed by BBC Sport.

They report that Martinez has been removed from his post with immediate effect after overseeing a largely underwhelming campaign in which Everton have won just five league games at home all season.

As such the Toffees are now mathematically guaranteed to drift to their lowest points total since since 1981, which is when the ‘three points for a win’ rule was introduced. It’s not been great, put it that way.

It’s all a bit of a shame, as Martinez is a thoroughly pleasant, intelligent chap who obviously possesses a great deal of coaching ability, save marshalling a resilient defence. Here’s hoping this last, lackadaisical season hasn’t tarnished his reputation too much.

As far as replacements go, Tim Sherwood is having his name bandied around in passing but it looks like the smart money is being lumped on Frank de Boer, who effectively quit his job at Ajax earlier today.

It’s pretty much only a matter of time now.