Not famed for suffering fools gladly, Roy Keane was at it again during a press conference ahead of the Republic of Ireland’s World Cup qualifier against Serbia, with the Irish coach laying into a journalist over James McCarthy. 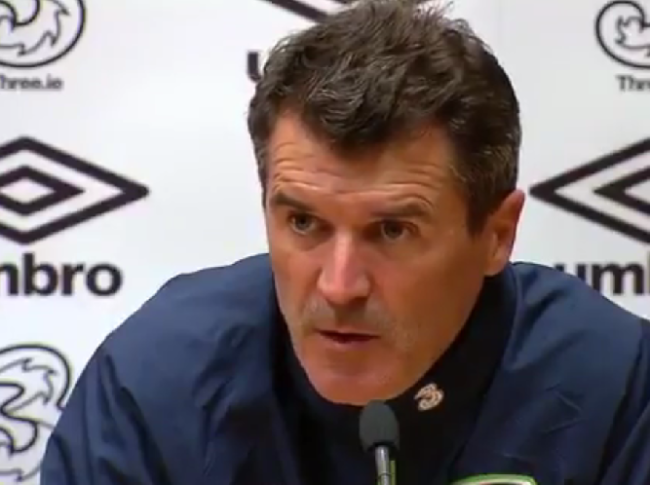 The poor journo in question raised a question about Everton midfielder McCarthy and his future under Toffees’ boss Ronald Koeman. However, an irked Keane cited the fact that McCarthy had started for Everton against West Brom a couple of weeks ago as proof that the midfielder was still very much in Koeman’s plans, as the exchange with the journalist descended into classic Keano awkwardness…

The best thing about the international break? Roy Keane…pic.twitter.com/NnsH7510Eo

There’s nothing like a Roy Keane death stare to put the willies up you!