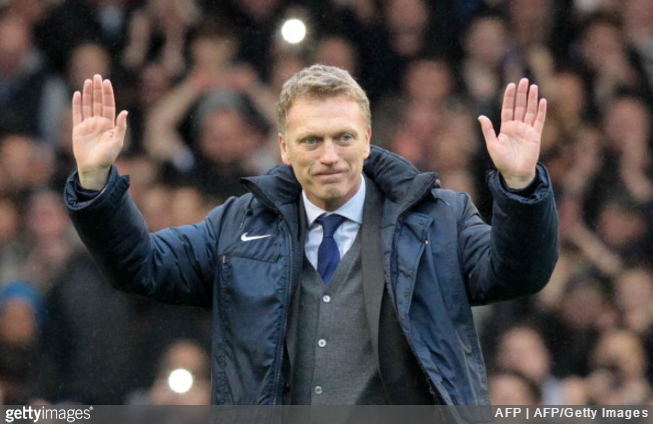 David Moyes has made the balls-out-of-the-bathtub claim that he was one top notch player away from winning the Premier League title with Everton.

In fairness, Moyes did guide the Toffees to their one and only top-four finish and twice finished fifth, but the Scot reckons that he could have taken the club to even greater heights with the acquisition of just one proper goalscorer.

Speaking ahead of his current side’s game against Everton tonight, the Sunderland boss told the press:

We had a great team at Everton but we were missing a centre-forward.

I might be exaggerating, but I think with that we would have been close to winning the Premier League, we were that good.

In the last eight years, we finished in the top eight and really there were only one or two bad years – we finished 17th one year – and apart from that, the journey was terrific.

In the last two years, we finished above Liverpool in the league. You look at their spending over the years and that was a big thing, but we just couldn’t break the top four because we didn’t have the finances to buy a centre-forward.

Bill Kenwright gave me £5million a year to spend – that was the budget I had – or if I could generate some other money myself, so I had that to work with and I was happy to do that.

Of course, Romelu Lukaku didn’t turn up at Everton until the summer of 2013, a couple of months after Moyes scarpered to Manchester United.

The big Belgian striker has gone on to net 43 goals in 106 league appearances since that day, signing on a permanent £28million deal after spending his first season at Goodison on loan.

If you happen to be of a Moyesian persuasion, that must rankle a little.