In a scene straight out of Benny Hill, Ecuador attacher Enner Valencia was literally chased out of the Atahualpa stadium in Quito on a stretcher during Ecuador’s clash with Chile.

The West Ham striker, currently on loan at Everton, had been met by police and lawyers following a training session on Wednesday over claims that he owes the mother of his five-year-old daughter £13,350 in child maintenance payments. 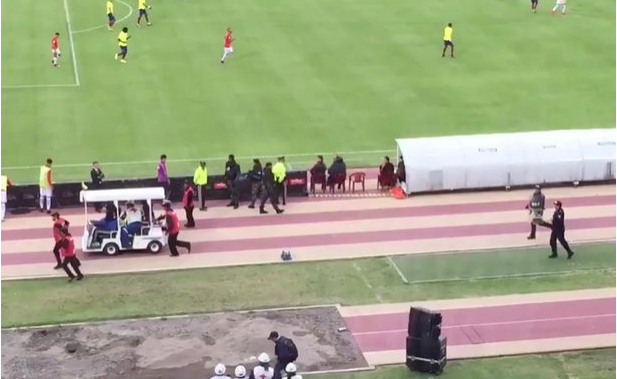 The lawyers failed to have Valencia detained at the training ground, however, they were waiting for the 26-year-old at the side of the pitch during Thursday night’s World Cup qualifier.

But late on, Valencia pulled up apparently injured, and was taken off on a stretcher before being put on a medical golf cart. 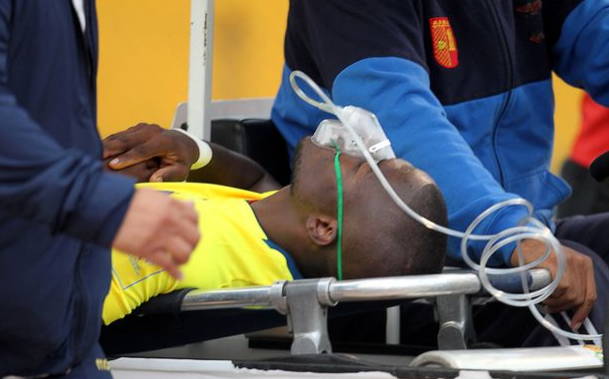 What then ensued was an incredible bit of slapstick, with police and laywers appearing to chase the cart around the running track before Valencia was put in an ambulance and (presumably) taken to hospital…

Reports now suggest that Valencia’s lawyer has agreed a deal to temporarily suspend the court order which should mean no more bizarre scenes like this one, at least for the time being.