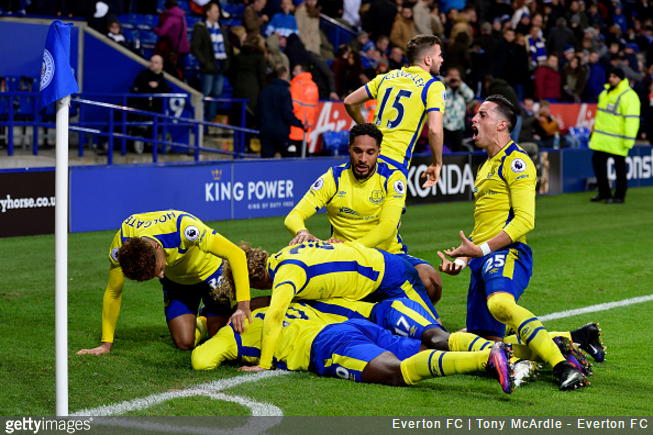 Despite watching his side beat Leicester City on their own soil, Everton fan Matthew Ball very nearly had his Boxing Day marred when he lost his wallet at some point before the match.

Having made the long trek down to the King Power, Matthew realised that he’d misplaced his wallet and assumed it’d been half-inched by street urchins at some point during the journey.

Recounting the tale to the Leicester Mercury, the 31-year-old said:

Before kick off I realised I’d lost my wallet and I assumed I’d been pick-pocketed.

I was worried about my cards and rang my dad to get him to cancel them all.

There is, however, a happy ending to this tale, for Matthew was swiftly contacted by Leicester City themselves to confirm that his wallet – and all of its contents – had been found and were being kept safe and sound.

It was only when I got home that I got a tweet off Leicester City to say they had found the wallet and given it to the Everton club secretary to bring home for me.

There was about £70 in it but the most important thing for me was that there was some sentimental stuff, like mementos from my holidays in it.

And everything was still in it when it was found and I’m really grateful.

Leicester subsequently handed the wallet over to Everton’s club secretary, who actually brought it back up to Merseyside aboard the team bus.

As per the Mercury, the wallet is now being kept under lock and key at the Toffees’ Finch Farm training ground where it shall remain until Matthew is able to arrange a day to come and pick it up.