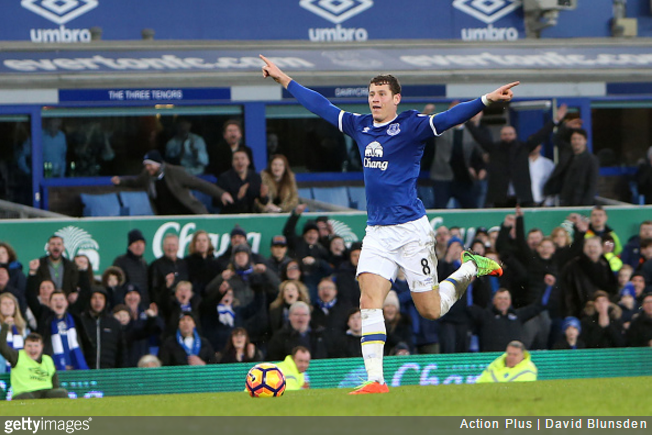 Bournemouth came a cropper against Everton today after finding themselves on the wrong end of a 6-3 thumping.

Romelu Lukaku helped himself to four goals (the first coming after just 30 seconds!) as the Toffees ran away with it.

However, there was a quirky little scene just before Ross Barkley grabbed the 94th-minute cake-icer.

Indeed, after rounding Artur Boruc and with the goal a-gaping, Barkley actually started to celebrate before he’d even shot…

Now that’s one open goal you don’t want to mess up!