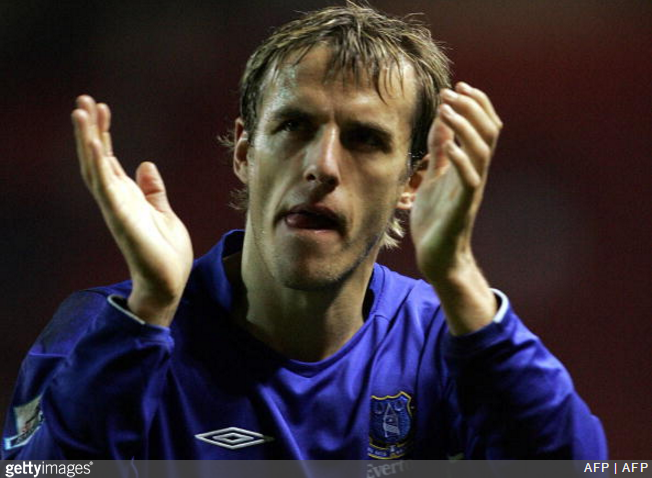 Like many Evertonians, Phil Neville harbours a grudge against ex-referee Pierluigi Collina for a controversial decision that ultimately saw the Toffees knocked out of the Champions League back in 2005.

Everton eventually lost 2-1 against Villarreal at El Madrigal and 4-2 on aggregate, as Collina disallowed a late Duncan Ferguson header that would have sent the tie to extra-time.

The ‘goal’ is at the 2:00-mark in this video and still looks dubious to this day…

Indeed, the conspiracy theories were given more weight by the fact that Collina had come out of retirement to take charge of the game, only to re-retire again immediately after it.

And so, when Sky Sports reporter Bryan Swanson tweeted a quote from the Italian (who now serves on UEFA’s referee committee), good old Fizzer was quick to pile in with a question of his very own… 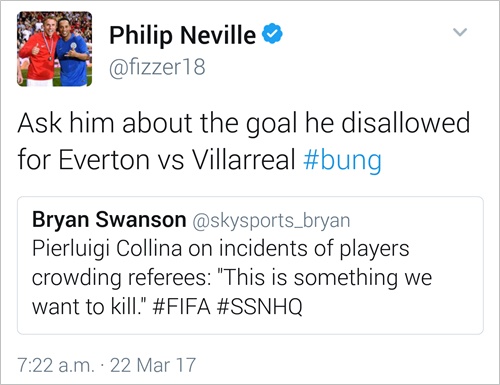 As you may have guessed, the Tweet was quickly deleted, but not before it was screen-shot for posterity.

Honestly, we think we might actually be Team Phil on this one. Now where did we put that tin foil hat?