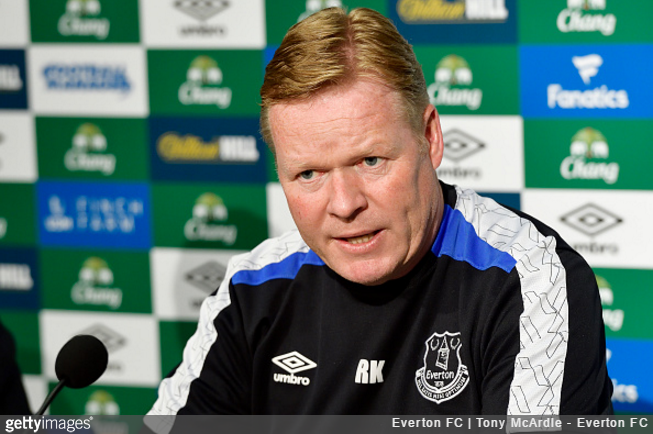 Everton boss Ronald Koeman has told a Catalan newspaper that he still harbours dreams of returning to Barcelona as manager some day.

With Luis Enrique stepping down at the end of the season, speculation is rife as to who will inherit his Barca team – with Koeman’s name regularly cropping up in discussion.

However, we should mention that the Dutchman – who is one year into a three-year contract at Goodison – also confided in Sport that he’s dead set on reaching the Champions League with his current team before he starts thinking about moving on.

Everyone knows that I am from Barca, they know my love for a club where I grew up as a player and as a person.

In football, as in life, as in business, everything can be talked about and discussed.

In my life as a professional coach I have two dreams to fulfil: One, coach the selection of my country, Holland.

My other wish, my other dream, is to one day coach Barca. That’s the truth.

I now owe to Everton. We have a very powerful and exciting project and we will reinforce our best to try to reach next season the Champions League.

Fair enough, we suppose. You can’t blame a man for having professional ambitions, particularly when they come with an emotional attachment.

That said, it might be worth remembering this little conversation the next time Romelu Lukaku causes ructions by blabbing about his ideal career trajectory to the foreign press.