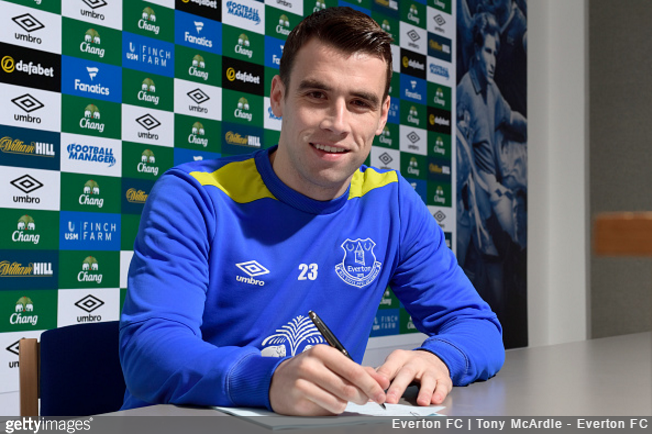 Currently 41 days into his recovery from a horrific double leg fracture, Seamus Coleman has gone and put pen to paper on a new five-year contract with Everton.

The Irish right-back was all smiles as he sealed the deal, which ties him to the Toffees until the summer of 2022 and ensures that he now earns more per week than the club originally paid to sign him from Sligo Rovers eight years ago (£60,000).

📝 | Seamus Coleman has signed a new five-year contract at #EFC!

A four-leaf clover and everything. How Gaelic.

According to Phil McNulty, chief football writer for BBC Sport, the contract was already agreed before Coleman suffered his dreadful injury.

How nice, and thoroughly deserved for Coleman too – continually Everton’s most consistent player by a long chalk.