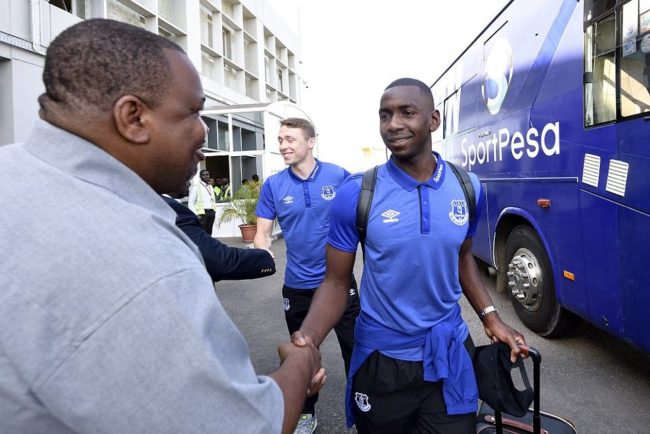 Yannick Bolasie received an amazing reception from fans in Tanzania on Wednesday, as Everton kick off their African summer tour.

The winger was greeted by fans of DR Congo,  the country Bolasie lines out for, with many making the journey across the border into Tanzania…

The welcome has been incredible. We are the first Premier League team to come to Tanzania and it has been fantastic for myself and Everton to be here.

It is a dream come true for the people here to have a Premier League team come out to their country. Everton deserve a lot of credit, that’s for sure, because that dream would not have happened for many of them.

It felt nice to have a little bit of an extra special welcome, with the group of Congo fans here as well. It makes we want to get back and play!

The 28-year-old Bolasie is currently sidelined with a knee injury which could keep him out of action until the end of the year. Regardless, the former Crystal Palace star was the star attraction as the Toffees arrived in Dar Es Salaam.

Everton are in Tanzania due to their new sponsor, African betting firm SportPesa, and will play their first game of the tour on Thursday, against Kenyan side Gor Mahia. 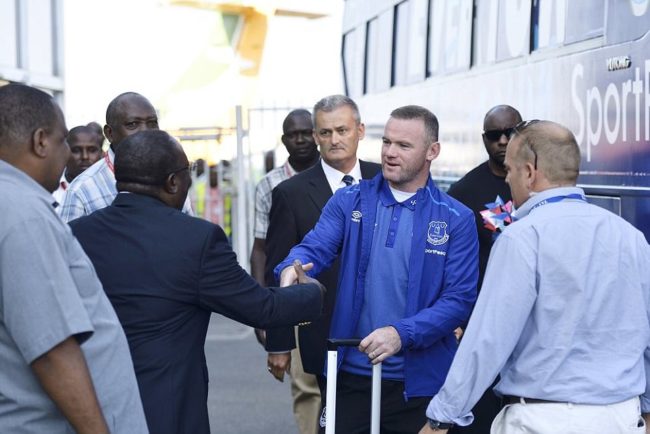 New signing Wayne Rooney should make his second debut for the Merseysiders in that game.

However, on Wednesday at least, the England superstar had to play second fiddle to Bolasie and his fantastic fans.