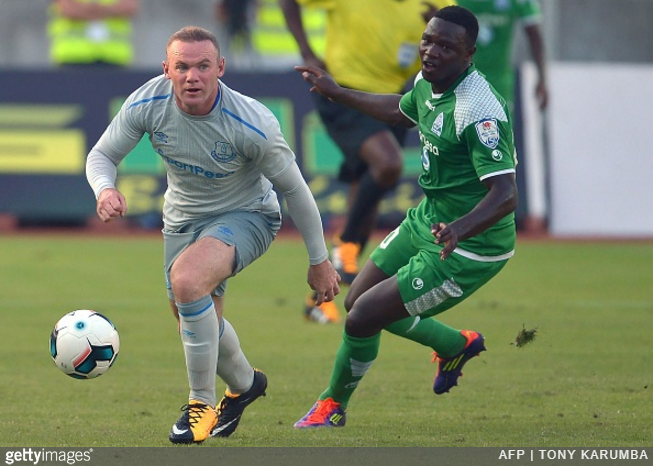 Wayne Rooney made his second debut for Everton this afternoon, starting in a pre-season friendly against Tanzania’s Gor Mahia FC.

Looking slightly trimmer than he has done of late, Rooney collected the ball some 25 yards out, took a couple of unopposed touches and spanked a long-range shot past the Gor Mahia goalkeeper…

Not a bad strike, even if the defending leaves a little to be desired.

Anyway, Rooney’s back up and running at Everton – that’s the main thing.