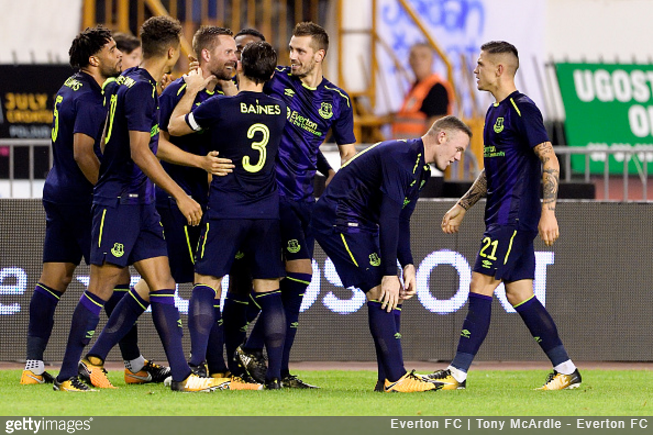 Everton moseyed into the Europa League group stage as a 50-yard stunner from Gylfi Sigurdsson secured a 3-1 aggregate win over Hajduk Split in the play-offs.

Making his first full start for the Toffees since his £45million move from Swansea, Sigurdsson chased down a loose ball and let rip from way out on the flank to score less than a minute after the start of the second half…

Everton ended up tying 1-1 on the night, but their 2-0 win in the first leg saw them through with the draw for the Europa League group stage now scheduled to take place in Monaco later today (Friday) at 12:00 GMT.