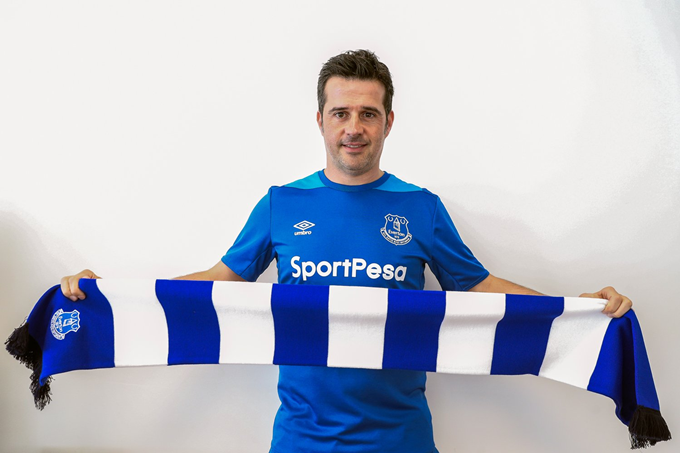 After waiting for an eternity, Everton have finally got their claws into Marco Silva, with the Portuguese coach signing up on a three-year deal.

The Toffees have been intent on appointing Silva since they parted ways with Ronald Koeman back in October, but the club had to take a detour through six sour months of Sam Allardyce before the opportunity finally presented itself.

Silva offered the following opening gambit to the Everton website:

I’m really proud to be the new Everton manager. I’m excited and I’m really happy to take this big challenge for us as a club and for me as a manager.

I know what our fans expect – they expect results but not only results. I want our fans to be proud when they see our team on the pitch.

Everton is a really ambitious club and that is what I want. What we are seeing now are good changes at the club.

Speaking of, the 40-year-old will be working in tandem new director of football Marcel Brands to mould an Everton team fit for upward mobility after a season of torrid, rudderless stagnation.

It’s all looking good, but the ensuing squad clear-out that must surely be imminent will be no joke – most of the deportees presumably being the expensive duds they forked out for last summer.