Ashley Williams has posted a photo of himself in a Beverley Hills hospital on Facebook, after the Wales captain suffered a collapsed lung during his side’s 0-0 draw with Mexico on Tuesday.

Williams was involved in a collision with Javier Hernandez during the game, which led to the 33-year-old defender suffering two broken ribs and a punctured lung.

The damaged lung would then collapse, leaving the defender needing surgery.

Williams posted the photo of himself post-surgery, with the message:

Look forward to flying home and resting up now before the new season.

A crazy couple of weeks. Great to be back in a FA Wales shirt and with the lads.

However after coming off after 20 minutes with multiple breaks on two ribs, I went to hospital and found out I had punctured my left lung which led to it collapsing. 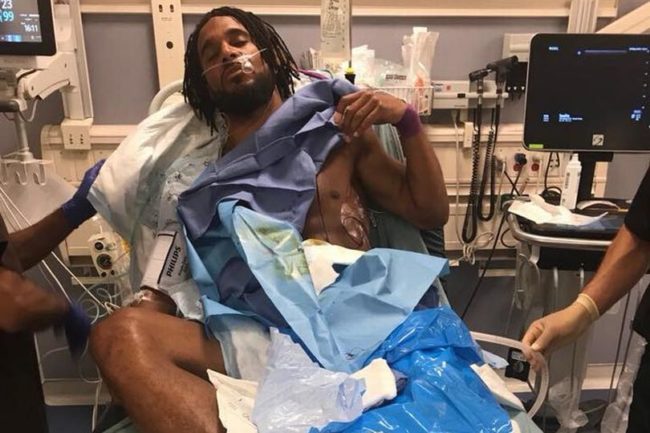 Let’s hope the ex-Swansea man makes a full recovery ahead of the new season.