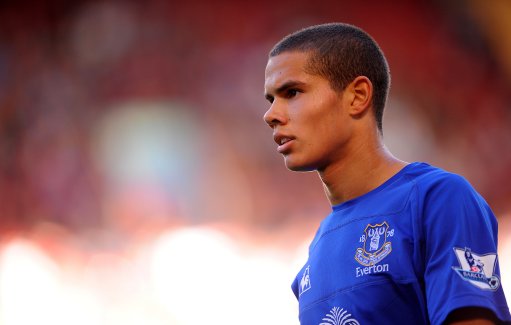 Everton have confirmed that Jack Rodwell will be out of contention for the next three months due to the ankle injury he sustained during their Premier League tie with Aston Villa a fortnight ago.

Initially it was though that Rodwell had merely twisted his ankle during a challenge with Villa defender Stephen Warnock, but it soon became apparent that the problem was far worse than first expected.

Many thought that the promising midfielder may have suffered the same ligament trauma that kept teammate Marouane Fellaini out of action for six months at the tale end of last season, but after two weeks of extensive testing it appears that the 19-year-old will ‘only’ face a two/three-month rehabilitation.

Toffees manager David Moyes reported the news at a press conference this morning;

“I thought when he went over it was a twisted ankle and he’d maybe be out for a week, if at all, but he got scanned and we knew there was a problem. They think it doesn’t need surgery but unfortunately he is going to be out for two to three months.

We were worried it was going to be a similar injury to Marouane’s but, thank goodness, it wasn’t that bad.”

What is it with bloody ankle injuries at the moment?