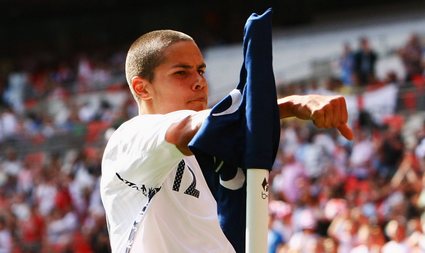 Everton have named 16-year-old defender Jack Rodwell in their squad to face AZ Alkmaar in the Uefa Cup tonight. The former England under 16s skipper, who can also play in midfield, is tipped to become the next Rio Ferdinand (a backhanded compliment you might say). The youngster is said to be strong, quick and have excellent composure on the ball.
He already has a claim to fame by scoring the first English goal at the new Wembley when he scored for England under 16s. Rodwell is also the nephew of former Blackpool winger Tony Rodwell. Click here to see him finding the net for England under 16s against Spain.
And now he is on the verge of first-team action, it might be a good time to shut down the Bebo profile with the ridiculous pictures. Click continue reading to see one. 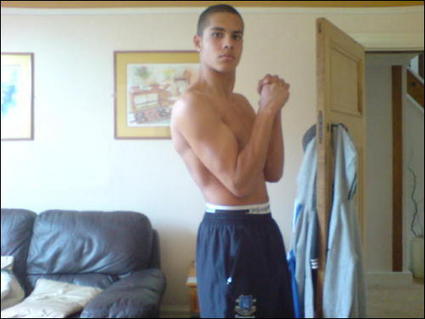