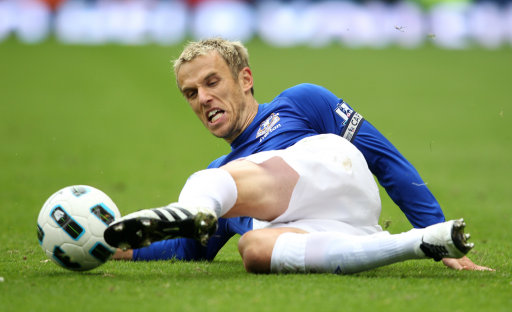 In a bid to rob Gareth Bale of his post-Inter Milan limelight, last night Everton fans bombarded Twitter with thousands of messages of worship for their captain Phil Neville – eventually making him the third most tweeted-about person in the entire world, even beating US president Barack Obama and his mid-term elections in the ‘trendings’ list.

“Death once had a near Phil Neville experience.”

“When Phil Neville exercises, the treadmill gets stronger.”

“Phil Neville doesn’t use the force, he is the force.”

“On his birthday Phil Neville chooses one lucky child to be thrown into the sun.”

“When Phil Neville crosses the road, cars look both ways.”