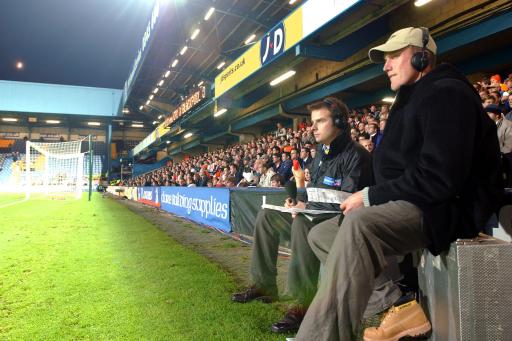 The glamour of sports broadcasting: McNamara (left) with Dave Beasant

Desperate to get out of Goodison and back home in time for James May’s Man Lab, the Everton security guards had finally had enough of Beeb journo Conor McNamara’s witterings and so decided to interrupt his broadcast and tell the Irishman to sling his hook.

Losing to Chelsea probably hadn’t improved the mood of the security heavies either. Still, it’s worth a listen here.

Wouldn’t it be amusing to see the same thing happen to Jamie Redknapp during a Sky Sports broadcast?