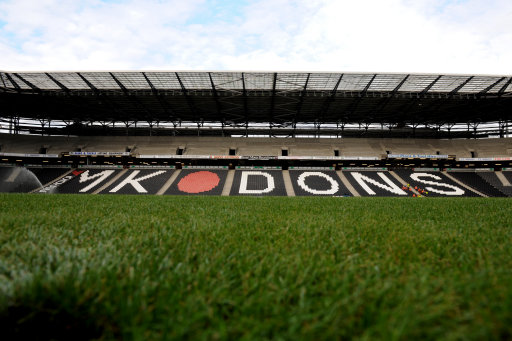 The truly vacuous ‘stadium:mk’ in all it’s glory

From the moment it was noticed and flagged up as possible it became almost inevitable. For the first time in footballing history – well, since 2002 – MK Dons and AFC Wimbledon are scheduled to play each other in the FA Cup second round on the second day of December.

Some fans are feverishly anticipating the game, others dreading it, others indifferent and others prepared to boycott it in protest – but any way you look at it, it’s going to be an historic night for football for many reasons, not many of them good.

For the uninitiated; the chasm between the two clubs opened up a decade or so ago when, after getting the green light from The FA, Wimbledon uprooted from their patch in Merton, South London (though, of course they were ground-sharing with Crystal Palace at the time) in order to relocate to a planned brand new stadium in the concrete ‘new town’ paradise that is Milton Keynes in a bid to haul themselves out of administration.

The story from then on is very simple in it’s narrative, but no less bitter and turbulent for it. Essentially, AFC see themselves as the right honourable heirs to – or, at least protectors of – Wimbledon’s history with MK Dons, or ‘Franchise FC’, regarded as mooching imposters: an unrelated prefab brand of a club, borne of a business venture 60 miles away in a different city.

While the vision of chairman Peter Winkelman (who is the main focus for most AFC fans’ ire), who pushed for Wimbledon to re-gen as a resurgent footballing brand in Milton Keynes, hasn’t really materialised, AFC have rattled through five promotions in nine years after starting life over from scratch in the regional Combined Counties League, though the wound is yet to heal.

The animosity is still felt very keenly, as AFC supporters’ planned boycott of next month’s FA Cup tie clearly shows – the partisan line being that MK Dons shouldn’t exist, ergo the fixture shouldn’t either and that turning up in the away end at the preposterously named ‘stadium:mk’ (speaking from personal experience and a largely neutral perspective, it really is a weird, eerily soulless ground even when reasonably full) would only serve to hand money directly over to the club they despise – the club that stole their name and their place in the Football League. 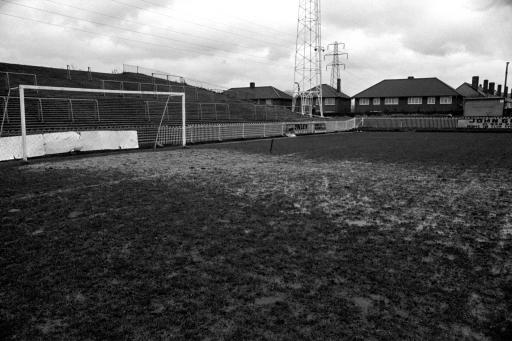 While the split appears to be roughly down the middle among AFC fans, Simon Wheeler, chairman of the Independent Wimbledon Supporters Association, is as far from ‘on the fence’ as his humanly possible over his decision.

He told The Guardian:

“I won’t be going and I know lots of other fans won’t be going. I would rather take my girlfriend’s mother to the garden centre than go to that game. Other fans will have to take a long look at themselves and make a personal, informed decision.”

I suppose the other option is for AFC fans to flock to Milton Keynes, pay their money and then put on a show of defiance en masse, i.e, standing with their backs to the game, etc. Indeed, several fanzines and forums are suggesting the release thousands of black balloons to mimic the gesture made by Wimbledon fans to signify the death of their club when it was initially announced that the Milton Keynes move was on.

Them’s the options, it would seem.

It’s hard to know what I’d do in the same circumstances, given that I am talking in hypothetical terms; though when Forest were flirting with the idea of building a hulking great 70,000-seater white elephant of a stadium on the outskirts of the city to be nearer to the M1 motorway for England’s World Cup 2018 bid I was strongly opposed. It was just a wholly misguided stab at short-term £££ that would’ve alienated an entire fan base and probably bankrupt the club before long. I’d have never even considered going to a Forest game ever again, let alone boycott a few in protest.

I know it’s not really remotely similar, but it’s all I’ve got to compare. Any kind of corporate cash dash never goes down well with English fans – especially of smaller, more provincial clubs – who’d largely rather see their team go under than sell it’s soul in the pursuit of brand viability. Rightly or wrongly, of course.

Do we have any Wimbledon/MK Dons/AFC fans out there in Pies land? What do you plan to be doing come the afternoon of December, 2nd, 2012?