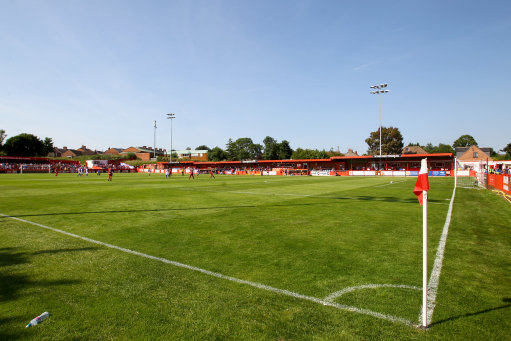 A raft of injuries meant that Alfreton were left without a recognised goalkeeper for the replay and, unable to register any new players who weren’t registered with the club for the first game on Saturday, were forced to play the entire replay with an outfield player in goal.

Speaking before the game, Alfreton manager Nicky Law was unsurprisingly aghast at the “extraordinary set of circumstances” his team were in after the FA refused to grant them special dispensation to bring in an emergency ‘keeper on loan for the game.

“We have just 11 fit players, one of whom is going to have to play in goal,” grumbled Law.

“We are not complaining, and we have already checked with the FA that we will not be fined for fielding a weakened side.”

And lo, it was Anthony Howell who drew the short straw, with the central midfielder going on to concede a relatively respectable five goals in a 5-1 defeat.

Lincoln will now play fellow Conference outfit Eastleigh in the next stage of the competition as they endeavour to make the FA Cup first round proper.