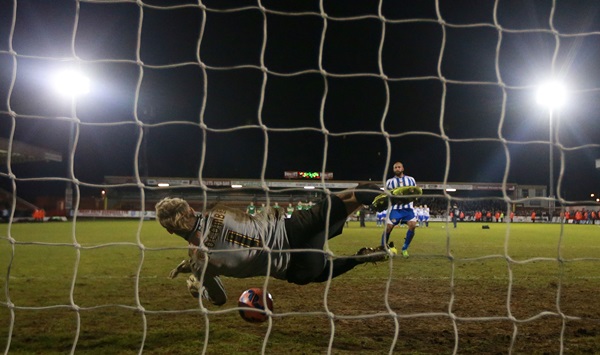 It may have taken them an absolute age but Scunthorpe United eventually managed to put an end to non-league Worcester City’s FA Cup heroics by way of an epic, record-breaking penalty shoot-out at the Aggborough Stadium last night.

With the second-round tie finishing 1-1 after extra-time despite a total of 54 chances raining in on goal (28 for Worcester, 26 for Scunthorpe) over the course of 120 minutes, what followed was the longest penalty shoot-out in FA Cup history.

After a whopping 32 penalties had been taken, League One’s Scunthorpe finally squeaked their way into the third round, courtesy of Miguel Llera’s second spot-kick of the shoot-out… 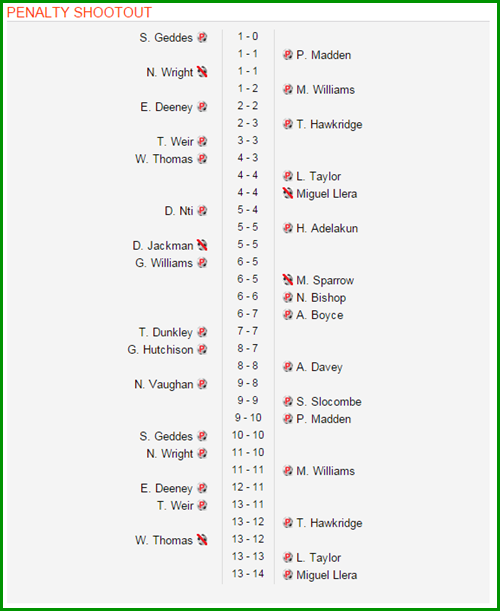 The previous FA Cup record was jointly held by Macclesfield and Forest Green, with the former beating the latter 11-10 in the space of 24 spot-kicks back in November of 2001 in a first round replay.

The world record? We’re so glad you asked! The shoot-out in question came at the end of a Namibian Cup fixture in 2005, when KK Palace held on to beat rivals Civics 17-16 after 48 penalties.