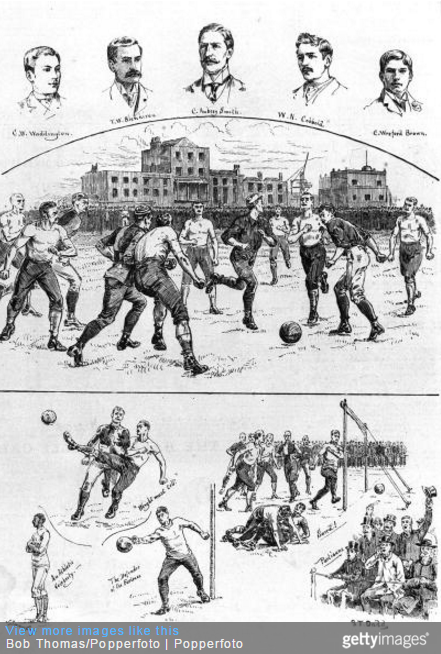 If you know your FA Cup trivia you’ll know the record score in an FA Cup match was 26-0 in the game between Preston North End and Hyde FC. Rumour has it it’s where the phrase ‘getting a good hyding’ comes from.

The 1887-89 Preston team were the original Invincibles; early giants of the Victorian game who swept away all before them, even embarking on a gigantic 42-game unbeaten streak at one point. They won the 1889 FA Cup without conceding a single goal. No mean feat, even in those days.

As for the record-breaking Hyde match, Preston had wanted the game played in midweek to ease fixture congestion, but their opponents declined, so Preston put out their strongest team to teach them a bit of a lesson.

According to the match report in the North Cheshire Herald: “There were periods in the match where North End scored four goals in seven minutes; seven in 12 minutes; and six in 15 minutes.”

The newspaper also claims that Preston scored 12 goals in the first half and 16 in the second. Even with our ropey grasp of mathematics, that equals 28 goals! So perhaps the record itself has been undersold amid the frenzied goal-blitz that occurred that day.

Speaking of the Herald, here’s a cutting from 1958 (some 70 years later) describing Hyde’s Deepdale demolition…

There’s an interesting footnote to the tale. Preston scored 56 goals in the eight matches that made up their FA Cup run to the final that season.

Before the final against West Brom they were so confident of victory they asked to have a picture taken of them with the FA Cup before the game.

The referee quite rightly asked: “Had you better not win it first?”