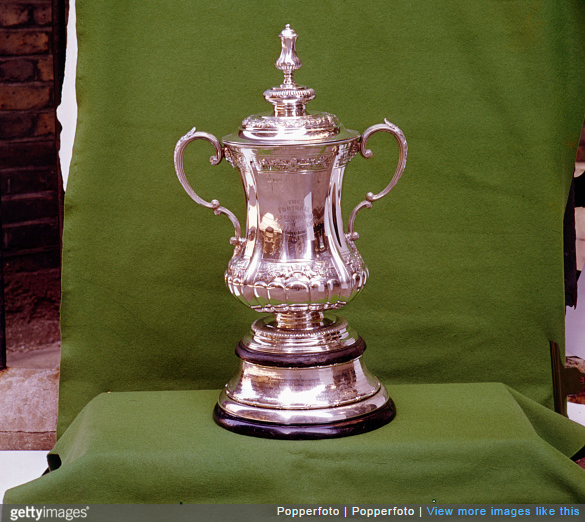 The FA Cup trophy on display, circa 1965

The antiquities world is currently abuzz after it was reported earlier this week that the Antiques Roadshow had just discovered the most expensive item in the long-running BBC programme’s 38-year history.

In a bid to stir up interest, the Antiques Roadshow producers refused to reveal any further details beyond confirming that the item was “a world famous piece owned by a sporting institution” and that it was discovered during filming at Harrogate’s Royal Hall in North Yorkshire.

The programme’s previous record valuation was a scale model of Anthony Gormley’s Angel of the North statue, which was valued at £1million in 2008.

The final record-breaking valuation of the mystery sporting artefact will be revealed when the programme airs in spring of 2016, but the Daily Mail reckon they’ve got the whole thing sussed already.

Indeed, the Mail are reporting that the item is in fact an early replica of the FA Cup, which they claim was couriered specially to Harrogate by BBC Sport presenter Gabby Logan and Leeds legend Eddie Gray, who won the cup in 1972. 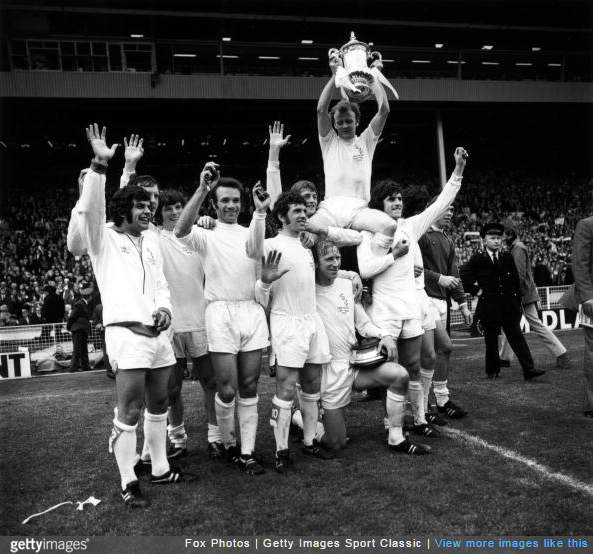 Further details are a little on the scant side, but the Mail reckon the trophy in question is the third incarnation of the FA Cup, dating from 1911 – i.e, the version that Gray and his victorious Leeds teammates would have been presented with.

The original FA Cup (dating from 1871), known at the time as ‘The Little Tin Idol’, was stolen from a shop window in 1895 and is widely believed to have been melted down to make counterfeit coins.

The second (an exact replica of the first) once sold for £420,000 at auction and is currently on display at the National Football Museum in Manchester.

For the record, the cup presently in use is the fifth version of the trophy, handmade in 2014.