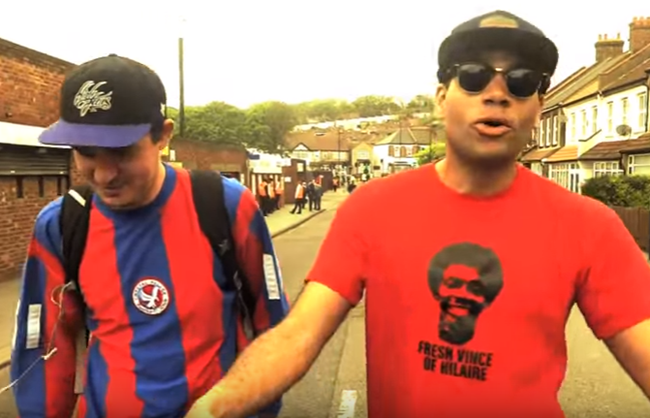 Not only does he possess one hell of a Vince Hilaire t-shirt, but stand-up comedian/rapper Doc Brown has also knocked out a more than handy unofficial anthem to accompany Crystal Palace’s upcoming appearance in the FA Cup Final.

With a bit of help from producer Verb T, Brown has produced his own 2016 FA Cup Final song entitled ‘Glad All Over Again’.

Not only is it catchy as holy heck, but it also features some of the finest Crystal Palace-themed wordplay we’ve ever heard…

Told you it was good – and the best bit? All profits go to the Crystal Palace Football Club Foundation.

What are you waiting for? You can download Doc’s mighty choon here.