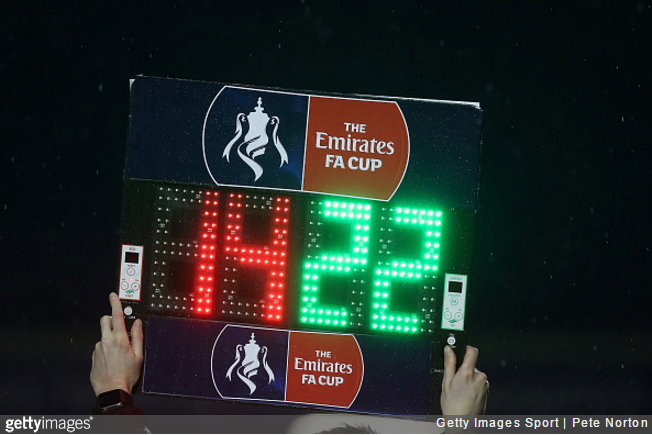 Excellent news for fans of time-wasting, any team that makes it through to the quarter-final round and/or beyond of this seasons FA Cup will be able to send on a fourth substitute in extra-time.

The FA are trialling the new rule tweak over the course of 2016/17 after seeing it first used during the Copa America over the summer.

Basically, teams that have already used three substitutes in normal time will be allowed to introduce a fourth replacement after the 90-minute mark should the tie end up going the full distance.

FA chief executive Martin Glenn had this to say on the matter:

The Emirates FA Cup is renowned for its great history and tradition but, as the game’s governing body, it is important The FA continues to look at how it can further add to the drama and spectacle of a competition loved by millions around the world.

Don’t know about you, but Pies can barely contain ourselves in anticipation of such incredible drama and spectacle.

Come on FA, is the release of rabid wild boars for the last half-an-hour of cup ties really too much to ask for?