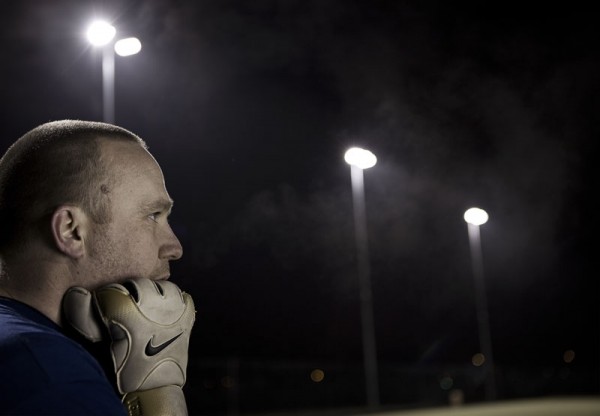 Today’s hero is a man who is not only a classy keeper, he dedicates four nights a week to coaching young keepers too. Neil Gillespie is a goalkeeper and manager at Manchester Gregorian’s FC; a step 7 club in the Manchester league and he trains with them two nights a week. For four nights a week though you can find him coaching the club’s youngsters. His ambition is to get the chance to work alongside professional so he can not only sharpen his skills but also pass them on to the club’s kids. Sounds like a top bloke.

You can find more unsung heroes on E.ON’s Great Saves site by clicking here. There’s lots of really cool stuff including competitions and information about the Life between the Sticks exhibition at the Getty Images Gallery in London.”