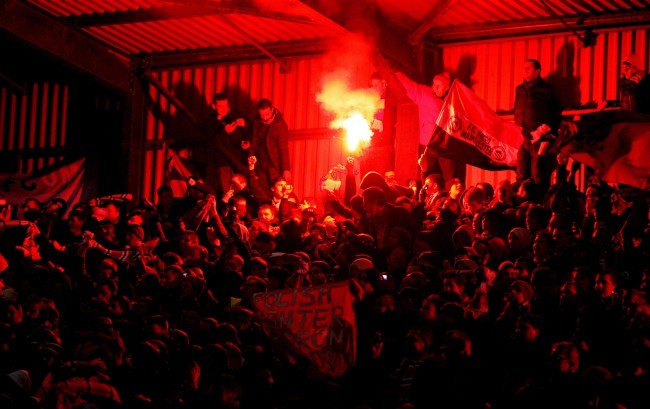 An FC United fan lets off a flare at Gigg Lane

Gus Poyet’s Albion sauntered to an easy win against FC United at Gigg Lane last night. So FC United vs Man Utd is off the menu, and I’m delighted, as the media shitstorm – the unalloyed romance of the FA Cup, glorious giant-killers, screw the Glazers, real fans etc. etc. blah blah blah – that would have inevitably accompanied the fixture would have been too much even for the most ardent of fans to endure.

Poyet had this to say after the match:

“I’m very pleased for different reasons. It was a matter of being professional and the team showed that.

“We took care of the game, we tried hard to play, we were strong, we had good performances and we scored, so everything was as planned.”