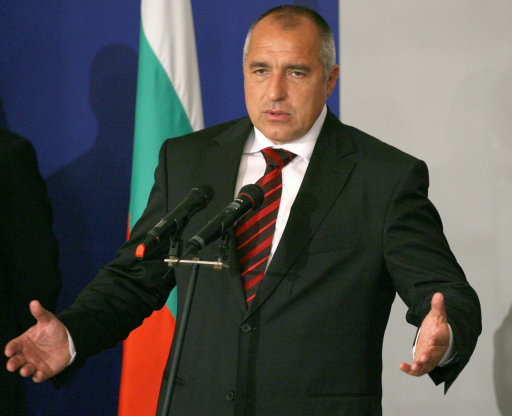 “It was a game of two halves, but the boys done good”

Bulgarian Prime Minister Boyko Borisov has won the Bulgarian Player of the Year award after polling 44% of the votes in the fans’ poll. The 52-year-old, who occasionally plays for third tier team Vitosha Bistritsa, comfortably beat Dimitar Berbatov into second place, with the Man Utd striker polling 24% of the votes.

However, the bizarre outcome of the poll, which was a protest vote against the state of the game in the country, has left Borisov wanting the whole thing scrapped for next year.

“It’s a protest vote,” he said. “It is a signal that Bulgarian football needs reforms and a new policy. Organisers should annul the vote.”

With the national side coming bottom of their group in the Euro qualifiers and failing to produce any new top talent in a number of years, it is all a far cry from the heady days of Stoichkov, Balakov and co. in the nineties.

As for a Prime Minister playing football at a decent (ish) label, I’d love to see David Cameron strut his stuff in the Conference for a few games.