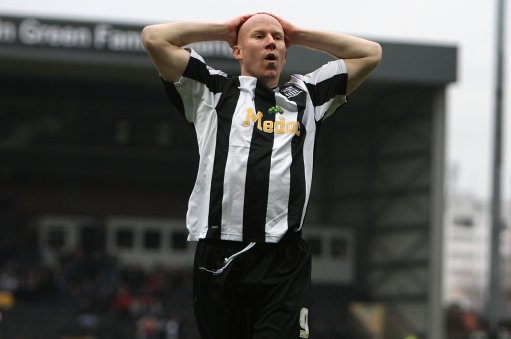 Lee Hughes has already seen his career severely damaged by a previous prison sentence, and now, the 35-year-old striker is facing the possiblity of even more prison time. This comes in the same week that ex-Manchester United starlet Ronnie Wallwork (another ex-West Brom player) was sent down for dealing in stolen cars and also after the son of Trevor Francis was arrested on charges of burglary. Is it the time of the year or something?

A statement from Notts County website has confirmed that the former West Brom player has been arrested in relation to an alleged sexual assault which took place at a hotel in Croydon where the team were staying at the weekend.

This latest incident comes seven years after the player was imprisoned for six years after being found guilty of causing death by dangerous driving. Hughes has fled the scene after he was involved in a car crash near the Warwickshire village of Meridan. Hughes did turn himself into the police the next day, but ultimately endured a lengthy stay at HMP Featherstone in Staffordshire while his contract with West Brom was terminated. The striker resumed his career, post-prison, with Oldham before moving on loan to Blackpool and then to the Magpies on a permanent deal.

However, now the goal-poacher is once again, back in trouble. Hughes has been bailed until a date in late January, pending further inquiries.