Forget getting fined £400,000 for refusing to come on as a sub á la Carlos Tevez, players in the Bitton AFC reserves, I repeat reserves – a side who play in the Bristol Premier Combination League – have to endure a fascistic rule of law… 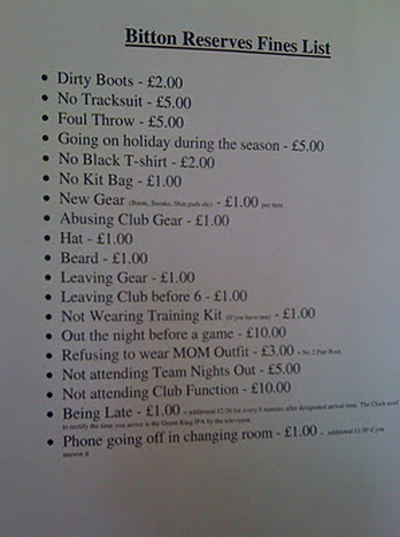 Fair play on the foul throw penalty, it’s absolutely inexcusable at any level!

(Courtesy of Billy Dane / Image via Adventures in Tinpot)